Angle grindersare very convenient tools that can be used for a wide variety of purposes. They can be used to cut metal, bricks, tiles, and more, as well as for sanding, grinding, polishing, and more yet. That said, something that many newbies may not know about is angle grinder speed.

Angle grinders have varying speeds that they can work at. Different jobs require different speeds. Using the wrong speed for both the attachment being used and the job at hand can be very dangerous. Let’s go over everything you need to know about angle grinder speed.

What Is Angle Grinder Speed?

Why Is It Important to Use an Angle Grinder at the Right Speed?

Using an angle grinder at the right speed is important for two main reasons. One of these reasons is functionality and how well the job in question can be completed. The other reason has to do with your own personal safety. 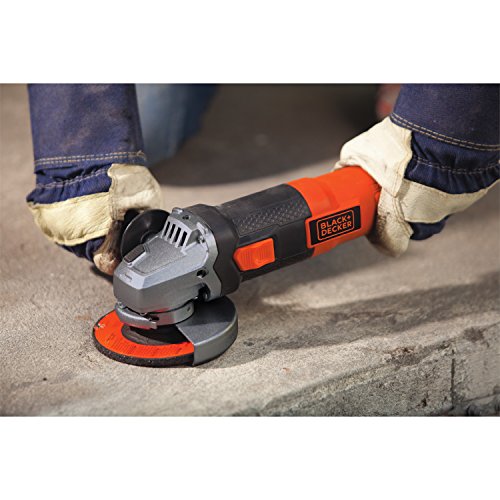 First of all, in terms of functionality, there are manydifferent attachments that can be used with an angle grinder. You have cutting wheels, grinding discs, sanding wheels, and much more. Moreover, you do also have to take into account that each tool is designed to be used on a different type of material. Remember that an angle grinder can be used with metal, wood, plastic, and more.

In order to perform any job in question, you have to use the right attachment, and each attachment has a specific speed rating.

For instance, if you are working on very hard metal, such as a pipe, and you want to cut it, then you need that angle grinder to be moving at a high speed. Generally speaking, the harder the material, the more speed you need, and the softer the material, the slower the speed.

If you don’t have the angle grinder moving fast enough, that cutting wheel is never going to cut through a hard piece of metal. It will take forever to accomplish if you can manage at all.

On the other hand, if you are working on a soft material and you have the angle grinder moving way too fast, you are likely to veer off course, split or crack the material, or deform it. Specific materials, attachments, and tasks all require a fairly specific speed in order to perform the job properly.

The other reason why it is essential to have your angle grinder moving at the proper speed for the job, accessory, and material at hand is due to safety reasons. Each attachment for an angle grinder has a specific speed rating at which they can be safely used at, the maximum safe speed. These indications or warnings are not to be ignored.

Did you know that the most common angle grinder injury out there is when a cutting disc, usually a fragment of it, breaks off and flies into the user’s face? Of course, this can happen due to using an improper attachment for the job at hand, but speed is often the cause.

Well, the ratios here are not even. If a wheel spins at twice the speed, there’s actually four times the centrifugal force. This great amount of added stress can then cause an angle grinder attachment to crack, split, or downright shatter during use. This can then send those shards flying in your direction. Too much speed can also cause a grinding or cutting disc to heat up too much, which can then cause it to warp, or also to shatter.

On a side note, if your disc spins too fast, you may end up burning or melting the material you are working on.

Keep in mind that the smaller the wheel, the less centrifugal force there is, which means that smaller wheels can spin much faster than larger cutting wheels while remaining safe. 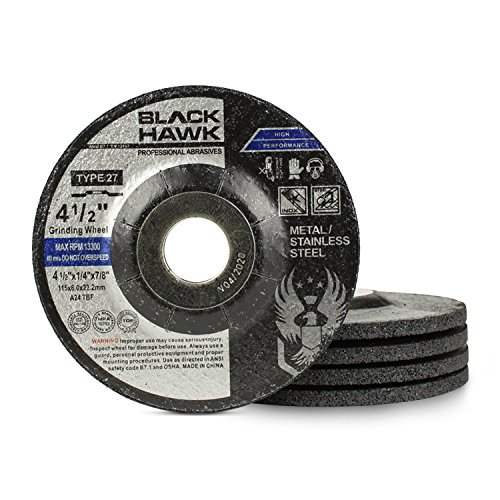 Fixed vs. Variable Speed Angle Grinders: Which to Get?

You have two main types of angle grinders – fixed speed and variable speed – so what’s the difference?

First, we have the fixed speed angle grinder, which means that it only runs at one single speed. A decent angle grinder will usually move at anywhere from 5,000 to 10,000 RPM, which is perfectly fine. However, the issue here is of course that every material and every attachment requires a specific speed.

Therefore, a fixed speed angle grinder, no matter the speed it is fixed at, will only be ideal for a few specific tasks. For instance, a 7,000 RPM angle grinder is fine for grinding and cutting hard metals, but won’t work well on soft metals and for sanding wood, which requires a much lower speed, as low as 2,000 or 3,000 RPM.

The big upside here however is that fixed speed angle grinders are usually super affordable. As such, if you only have one or two jobs that need doing on a regular basis, then go for a fixed speed model that suits your needs. There’s no point in paying extra for a variable speed angle grinder when you don’t actually have use for the various speeds.

A variable speed grinder is one where you can adjust the rotation speed. Of course, these are going to be much more expensive than fixed speed grinders, but also much more versatile. Being able to adjust the speed means that you can use a single angle grinder with virtually any attachment and for any task.

Therefore, if you plan on using various attachments for different tasks, then it is a variable speed model that you want to go with.

What Is the Best Angle Grinding Speed to Use?

Let’s go over some examples of what speed is best on your angle grinder for a variety of jobs and materials.

Now that you know why using an angle grinder at a specific speed is important, you can start using yours safely.